Summer Frost by Blake Crouch (Forward collection)
Overview: A video game developer becomes obsessed with a willful character in her new project, in a mind-bending exploration of what it means to be human by the New York Times bestselling author of Recursion.
Maxine was made to do one thing: die. Except the minor non-player character in the world Riley is building makes her own impossible decision—veering wildly off course and exploring the boundaries of the map. When the curious Riley extracts her code for closer examination, an emotional relationship develops between them. Soon Riley has all new plans for her spontaneous AI, including bringing Max into the real world. But what if Max has real-world plans of her own?
Genre: Sci-Fi/Fantasy

Supernatural Academy Series by Jaymin Eve (1-2)
Overview: Jaymin Eve is the USA Today Bestselling author of paranormal romance, urban fantasy, and sci-fi novels filled with epic love stories, great adventures, and plenty of laughs. She lives in Australia with her husband, two beautiful daughters, and a couple of crazy pets. To date, she has sold over 1.5 million ebooks, and still can’t believe that she gets to create fantasy worlds as a job.
Genre: Sci-Fi/Fantasy

END_OF_DOCUMENT_TOKEN_TO_BE_REPLACED

Cradle Series by Will Wight (6-7)
Overview:Will Wight lives in Florida, among the citrus fruits and slithering sea creatures. He’s the author of the Amazon best-selling Traveler’s Gate Trilogy, The Elder Empire (which cleverly offers twice the fun and twice the work), and his new series of mythical martial arts magic: Cradle.
Genre: Sci-Fi/Fantasy

END_OF_DOCUMENT_TOKEN_TO_BE_REPLACED

A Trick of Light by Stan Lee, Kat Rosenfield (Stan Lee’s Alliances #1)
Overview: From Stan Lee, the pop culture legend behind Marvel’s The Avengers™, Black Panther™, X-Men™, Spider-Man™, The Fantastic Four™, and Iron Man™, comes a major literary event featuring two heroic teenagers—one born with extraordinary gifts, one unwillingly transformed. Together they can change the world . . . or put it in the destructive hands of a danger beyond imagination.
Set in Stan Lee’s Alliances Universe, co-created by Lee, Luke Lieberman, and Ryan Silbert, and along with Edgar Award–nominated co-writer Kat Rosenfield, Stan Lee delivers a novel packed with the pulse-pounding, breakneck adventure and the sheer exuberant invention that have defined his career as the creative mastermind behind Marvel’s spectacular universe.
Genre: Fiction > Sci-fi/Fantasy 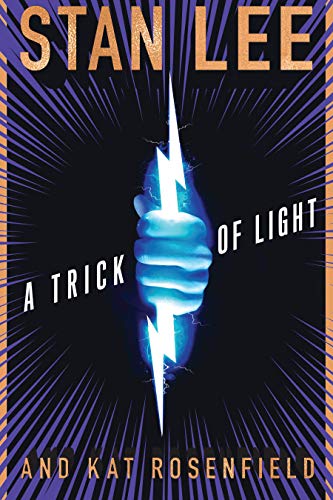 Randomize by Andy Weir (Forward collection)
Overview: In the near future, if Vegas games are ingeniously scam-proof, then the heists have to be too, in this imaginative and whip-smart story by the New York Times bestselling author of The Martian.
An IT whiz at the Babylon Casino is enlisted to upgrade security for the game of keno and its random-number generator. The new quantum computer system is foolproof. But someone on the inside is no fool. For once the odds may not favor the house—unless human ingenuity isn’t entirely a thing of the past.
Genre: Sci-Fi/Fantasy

The Institute by Stephen King
Overview: From #1 New York Times bestselling author Stephen King, the most riveting and unforgettable story of kids confronting evil since It—publishing just as the second part of It, the movie, lands in theaters.
In the middle of the night, in a house on a quiet street in suburban Minneapolis, intruders silently murder Luke Ellis’s parents and load him into a black SUV. The operation takes less than two minutes. Luke will wake up at The Institute, in a room that looks just like his own, except there’s no window. And outside his door are other doors, behind which are other kids with special talents—telekinesis and telepathy—who got to this place the same way Luke did: Kalisha, Nick, George, Iris, and ten-year-old Avery Dixon. They are all in Front Half. Others, Luke learns, graduated to Back Half, “like the roach motel,” Kalisha says. “You check in, but you don’t check out.”
In this most sinister of institutions, the director, Mrs. Sigsby, and her staff are ruthlessly dedicated to extracting from these children the force of their extranormal gifts. There are no scruples here. If you go along, you get tokens for the vending machines. If you don’t, punishment is brutal. As each new victim disappears to Back Half, Luke becomes more and more desperate to get out and get help. But no one has ever escaped from the Institute.
As psychically terrifying as Firestarter, and with the spectacular kid power of It, The Institute is Stephen King’s gut-wrenchingly dramatic story of good vs. evil in a world where the good guys don’t always win.
Genre: Fiction > Sci-fi/Fantasy 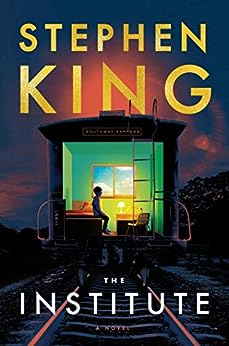 The Testaments by Margaret Atwood (The Handmaid’s Tale #2)
Overview: More than 15 years after the events of The Handmaid’s Tale, the theocratic regime of the Republic of Gilead maintains its grip on power, but there are signs it is beginning to rot from within. At this crucial moment, the lives of three radically different women converge, with potentially explosive results.
Two have grown up as part of the first generation to come of age in the new order. The testimonies of these two young women are joined by a third voice: a woman who wields power through the ruthless accumulation and deployment of secrets.
As Atwood unfolds The Testaments, she opens up the innermost workings of Gilead as each woman is forced to come to terms with who she is, and how far she will go for what she believes.
Genre: Fiction > Sci-fi/Fantasy Overview: Amabel Daniels lives in Northwest Ohio with her patient husband, three adventurous little girls, and a collection of too many cats and dogs. Although she holds a Master’s degree in Ecology, her true love is finding a good book. When she isn’t spending time outdoors, she’s busy brewing up her next novel, usually as she lets her mind run off with the addictive words of “what if…”
Genre: Sci-Fi/Fantasy